For Your Consideration...I Want You (Michael Winterbottom, UK, 1998) 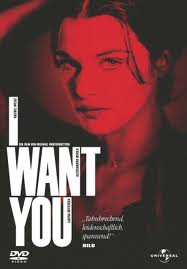 The recent appearance of Trishna in cinemas marked the prolific British director Michael Winterbottom’s nineteenth cinematic release since his feature debut Butterfly Kiss in 1995. Even Woody Allen can’t boast more than one film a year. Just one from the Winterbottom back catalogue film – I Want You – has yet to receive a UK commercial DVD release, but it’s one worth tracking down.

In making I Want You, Winterbottom chose to explore the lives of people living on the margins of society by depositing his characters in a drab seaside resort, a location that acts as a thin film separating two states of being. Although a relatively simplistic story and one that arguably fails to fully realise its themes, I Want You starkly places its action directly in this diaphanous realm between solid and liquid elements. Daytime exterior shots of the beach and promenade at the fictional Farhaven (the film was shot in Hastings and Dungeness) are bathed in an unnatural sulfurous yellow light, giving the locale a purgatorial complexion, one reminiscent of aspic or amber in which the characters are trapped. An early parallel between fossils hewn from the local rocks and the predicament of Farhaven’s inhabitants encased in its resinous margin emphasizes this.

There are numerous analogies of otherness and separation to be found; characters possess a broad mix of accents, including Irish and Scottish, suggesting much regional and national displacement to Farhaven. Honda (Luke Petrusic), a young Eastern European immigrant, and his older sister Smokey (Labina Mitevska) inhabit a dilapidated beach house set apart from the town. Smokey exercises her Catholicism and her sexual appetite with equal fervour, forging her energies as a nightclub singer on the isolation of the stage, enveloped in an otherworldly, blue aquatic light. Honda has been rendered mute by the death of his parents and attempts to make contact with the world with an array of listening devices and recording equipment. It is as though he is holding an ear up to the thin barrier that separates him from the world; at one point he uses an electronic ear to penetrate the fly-specked windscreen of a car and hear its occupants, at another he is pressed against the thick glass in an aquarium attempting to detect the sounds of the creatures on the other side of the thickened glass. He even sticks microphones to a beachfront apartment window in order to listen to the conversation within, a metaphorical identification, acknowledgement and attempted penetration of the dividing ‘skin’. Several brief distorted replays of earlier scenes seen from the point of view of Honda’s mind’s eye punctuate the film, seemingly shot through a thickened, gelated lens to further emphasize the clotted, hermetic nature of Farhaven.

Honda forms a platonic relationship with Helen (Rachel Weisz), a more mature local hairdresser and central player in the film’s concurrent plot thread. Beyond his initial innocent infatuation with her, Honda’s bond of fellowship with Helen is founded around their shared otherness as orphans. Helen herself exists on the fringes of Farhaven, stigmatized by her involvement in the murder of her father. Martin (Alessandro Nivola), being the man convicted of the murder, is also regarded as Other. He reenters the cataract of Farhaven at the film’s outset and proceeds to obsessively stalk Helen, his former lover. He is psychologically damaged by his term of imprisonment and returns seeking a tangled combination of revenge and redemption from Helen for taking the blame and serving time for the murder that she in fact committed. Their first onscreen encounter upon his return sees Martin save Helen from an attempted rape outside the nightclub on Farhaven’s pier, a moment that graphically revisits some of the themes associated with the pier in Brighton Rock (John Boulting 1947). At night the pier becomes the penetrative causeway audaciously conjoining solid with liquid and is territorialized by predatory sexual forces afforded a right to roam by its permissive, transitional corridor.

Although flawed, I Want You makes for an interesting, eclectic viewing experience. Until Polygram see fit to give it a UK DVD release (they did put it out on video in 1999) you will have to look out for import discs, but it’s worth seeing a good quality copy in order to best appreciate its vivid palette of colours. 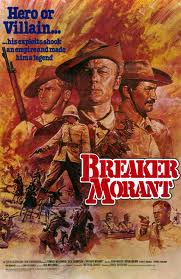 My latest piece for Electric Sheep looks at Bruce Beresford's 1980 anti-war classic, Breaker Morant. Starring Edward Woodward, Bryan Brown, Jack Thompson and Charles 'Bud' Tingwell, Breaker Morant is a damning indictment of a shameful real life incident that occurred during the second Boer War. Click on the link, have a read and then track the movie down. 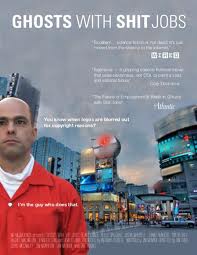 The closing night film at the Sci-Fi London Film Festival, and a world premiere, was Canadian mockumentary Ghosts With Shit Jobs. Follow the link below to my Eye For Film review of this low budget satire. 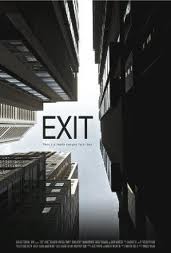 Screened as part of the Sc-Fi London Film Festival, Exit, by first time director Marek Polgar and first time screenwriter Martyn Pedler, is an intriguing slice of existential arthouse science fiction. Follow the link below to my Eye For Film review. 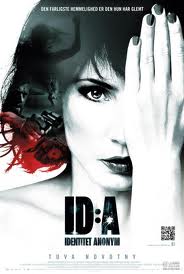 Scandinavian thriller ID:A is new to DVD this week. Follow the link below to my review for Eye For Film. 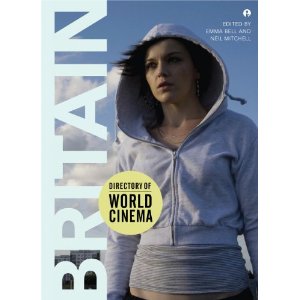 The June issue of Sight & Sound features a competition with three sets of four volumes of the Directory of World Cinema series as the prize. The Britain edition which I co-edited is included along with the Sweden, Eastern Europe and China volumes. Click on the link below and answer the simple question to enter.