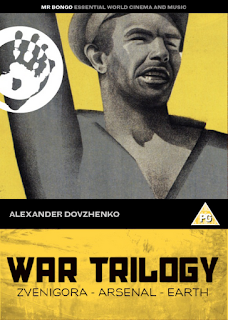 It was an absolute pleasure to review Alexander Dovzhenko's War Trilogy for http://www.eyeforfilm.co.uk/ over the last week. Click on the link below, have a read and make sure you track down a copy of the three disc set released today from Mr.Bongo Films. 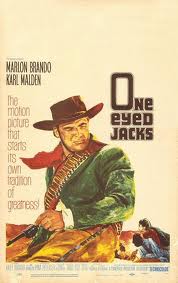 The name Marlon Brando is not necessarily one synonymous with the Western genre and yet he made six of them throughout his illustrious career. Of these, One Eyed Jacks (1961), was the only film he directed. Fraught with problems pre and post-production, the budget reportedly grew from $1.8 to $6 million, its two month shooting time was extended to six months and the film’s finished edit had an original running time of five hours before a Paramount executive made the decision to heavily cut the duration for release. It may have had its issues behind the scenes, but on-screen it remains one of the best films ever produced.

This quirky Revenge-Western, based upon Charles Neider’s The Authentic Death of Hendry Jones, tells the story of partners-in-crime; bank robbers Dad Longworth (Karl Malden) and Rio Kid (Brando). It is 1880 and they are running from the law in Sonora, Mexico when Dad double-crosses Kid after their latest heist, and leaves him to be captured. Kid spends five years in prison plotting his revenge before he can make his escape. When he does finally run into his old mentor, vengeance of the gun-toting variety is problematic, as Dad is now Sheriff and married with a step-daughter, Louisa (Pina Pellicer), towards whom he displays an obvious attraction. Rio, noticing the stolen, lustful, glances, seeks retribution by seducing her. Although never the intention, he falls in love and must survive Dad’s wrath in doing so; a rage which involves a very public flogging and brutal trigger-finger breaking.

Malden and Brando collaborated on three projects, arguably some of Brando’s best: Elia Kazan's A Streetcar Named Desire (1951) and On the Waterfront (1954), and Brando's Western. Here, some may say cast against type, Malden displays a repugnancy in his performance as well-spoken Dad, a man dripping in piety and sanctimony. He exudes the seductive and paralysing power of the father figure in the diegetic space; the surrogate patriarch to Rio Kid - a young man putting a hard face on his sensitivities in order to defeat the self-righteous and judgemental Longworth. This aspect of the script seemingly resonated with actor-director Brando, whose contentious and volatile relationship with his own father was reputed to be part of his motivation for making the film, thereby allowing the transposition of feelings or ‘emotional mechanics’ on screen in keeping with his erudition as a student of the Constantin Stanislavski Method. Brando’s performance combines the manipulative, impulsive traits of a child while oozing ambivalent sexuality. Rio is a relatively non-violent cowboy, polished and clean shaven, one who would rather exert his virility by seducing women than attending the saloon with his compadres. He is internally emotive and visibly tough; the explosive and volatile temper can dissolve as quickly into tears and sympathy or laughter.

Visually, the film employs a lot of fluid camera movement and some of the tracking and panning shots are simply beautiful, courtesy of Charles Lang Jnr’s cinematography, in a film which relies upon John Ford-esque framing and takes evident inspiration from Sam Peckinpah. One Eyed Jacks is replete with Brando’s over-indulgent mise-en-scène and meticulous eye-for-detail, Martin Scorsese lauds this Western as one of the greatest ever made and you know what, with a film of this calibre, who am I to argue?
Hel Jones 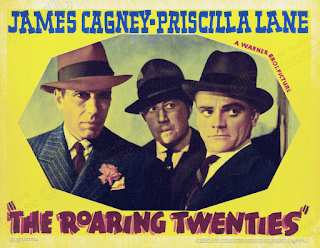 Boy, did those Twenties roar; or they certainly do in Raoul Walsh’s The Roaring Twenties (1939), which is one of the most self-propulsive films I’ve ever come across. Here, in 106 minutes, we have the rise, fall and redemption of the gangster Eddie Bartlett, played by — who else? — James Cagney. But what this really is is the tale of an entire decade, from the closing gunshots of World War One to the despair of the Wall Street Crash. Somehow The Roaring Twenties manages to range across acres of social history, and all without feeling forced or ill-paced.

Of course, much of this is due to the raw skill of The Roaring Twenties’ cast and crew — except it’s something more than that too. For my money, this is the defining Cagney performance, even more so than those he gave in Yankee Doodle Dandy (1942) and White Heat (1949). It is the film in which Raoul Walsh gets to deploy all the tricks and techniques he had learnt in a quarter-century of Hollywood filmmaking; resulting in some startling images, such as the skyscrapers of New York melting in the heat of a financial crash. And it even contains one of Humphrey Bogart’s scariest characters, more unhinged than Fred Dobbs and more disdainful than Sam Spade.

Given these choice ingredients — and, if you like, the topicality — it’s puzzling why The Roaring Twenties isn’t a better-known, more celebrated dish. But no matter, that just means it needs shouting about more fervently from the cinema rooftops. Yep, this movie deserves to be what Eddie Bartlett was formerly: a big shot.

P.S. I was very pleased to get The Roaring Twenties into the list of  ''50 essential films'' that I compiled with Matthew d'Ancona for The Spectator in 2009. Here, by way of a quick supplement to the above, is the short write up that I gave it at the time.


“Few films convey the tidal force of history upon men and their fortunes as successfully, or as succinctly, as The Roaring Twenties. Right from the off, it’s clear that Eddie Bartlett (James Cagney) is more a victim of circumstance than an agent of free choice. Returning to America from the trenches of Europe, he’s soon forced to become a bootlegger by the limited opportunities that await him. And his subsequent rise and fall follows the grim oscillation of the titular decade itself: a party followed by a crash. It’s this historic sweep, along with Cagney’s effervescent performance, ­which elevates The Roaring Twenties above every other entry in the 1930s gangster film cycle. And it makes Eddie Bartlett’s ultimate redemption all the more moving; as he finally escapes from the clutches of fate, and takes his life ­— and its ending —­ into his own hands.”

Pete Hoskin is an associate editor of ConservativeHome and edited The Spectator's political blog, Coffee House, for four years. He has written, and continues to write, on politics and culture, for The Times, The Spectator, The Daily Beast, The Daily Telegraph and Sunday Telegraph. 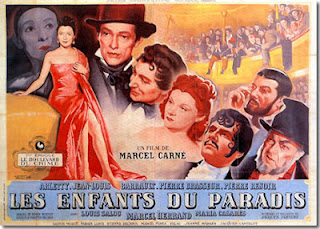 Marcel Carne's epic melodrama Les Enfants Du Paradis is the subject of my latest review for http://www.eyeforfilm.co.uk/. Click on the link below to see why I think it's one of the finest films ever made. 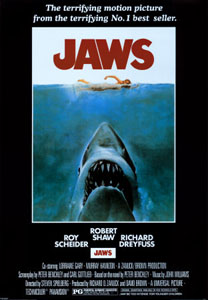 Monday saw the release on Blu-ray of a restored version of Steven Spielberg's 1975 classic, a movie partly responsible for the birth of the summer blockbuster.

The good people over at http://newempressmagazine.com/ put together a little video promo to celebrate the occasion. Have a watch, get the Blu-ray and relive the fear once again.