Well, after eleven of the eighteen days of this year's Brighton Cine-City Film Festival I've seen an interesting, diverse selection of movies. Opening night movie Seven Psychopaths, Martin McDonagh's follow up to the hugely enjoyable In Bruges, seemed to hit the spot for the sell out audience but only worked in fits and starts for me. A great cast - including Christopher Walken, Sam Rockwell and Woody Harrelson - can't disguise the fact that this is derivative fare recalling Tarantino and Two Days in the Valley among others. Far more successful was local boy Ben Wheatley's Sightseers, a riotous black comedy doused with plenty of bloody violence. You can read my review here. Jake Schreier's debut, Robot & Frank, was a delightful, subtle and thoroughly satisfying tract on friendship and familial ties tinged with sci-fi and crime genre elements and Kim Nguyen's War Witch is one of the year's standout releases. An uncompromising child soldier drama infused with a dash of magic realism, War Witch is a strong contender for my personal film of the year. Read my review here.

Thomas Vinterberg's highly rated The Hunt, featuring a strong lead performance from the always excellent Mads Mikkelsen, is an inadvertently timely tale of the damage done to one man after he is wrongly accused of child abuse. Though The Hunt is solidly constructed I felt it was a little obvious, it's themes of persecution felt overly familiar and their exploration a touch trite at times. After making such a memorable splash with Festen in 1998, Vinterberg hasn't again made anything as strong, and while The Hunt is far better than the execrable Dear Wendy for example, it's not in the same league of his Dogme classic. Another of the festival's selection of debut movies came from Scott Graham with Shell, a bleak and unsettling story revolving around the titular character, her father and their existence living in a windswept highlands garage. Symbolism and metaphor run through a narrative touching on incestuous feelings, familial responsibility and isolation. Slow, brooding and stark, Shell won't be for everyone but it's an impressive calling card for both Graham and Chloe Pirrie in the leading role.

Francois Ozon delivered a smart, sprightly satire on middle class lives wrapped up in a tricksy narrative deconstructing the nature of storytelling itself with In the House. Kristin Scott-Thomas once again reminds us that her French is as good as her mother tongue in a supporting role as the art gallery managing wife of a literature teacher tempted into dangerous territories by a  gifted, but pernicious, student. The slow food movement and a failing marriage come under the spotlight in Now, Forager, co-directed by Julia Halperin and Jason Cortlund, who also wrote the screenplay and stars as one half of the married couple at the centre of the movie. This odd mix of relationship drama and ode to the joys of mushroom gathering certainly has an offbeat premise but truth be told it's an uninspiring experience, the increasingly estranged couple being neither particularly engaging or likable enough for it to make much of a lasting impression. My review of Now, Forager can be found here.

The final week of the festival also promises an eclectic range of themes and genres; British noir I,Anna, teen gang drama Gimme the Loot, bio-comedy Hyde Park on Hudson, horror compendium V/H/S, Side by Side (a documentary on the effects of digital technology on cinema), Cronenberg jr's Anti-Viral and Pablo Larrain's No will be the focus of part two of my Cine-City round up.

My second review from Cine-City for Eye For Film is of Kim Nguyen's harrowing child soldier drama War Witch. Click on the link here to read one of my only five star reviews from this year.

My first review from this year's Brighton Cine-City Film Festival for Eye For Film is of Ben Wheatley's black comedy/thriller Sightseers. Click on the link here to see what I made of it.

Watched no:33 - The Casebook of Eddie Brewer (Andrew Spencer) 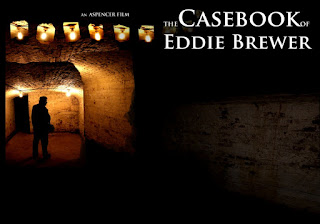 It's fair to say that Birmingham doesn't immediately spring to mind as being a hotbed of creative film-making talent or for being a highly prized location for British films. It's also fair to say that trying to successfully blend humour, horror and human drama is a difficult balancing act. Credit goes to writer/director Andrew Spencer then for his second feature (after 1999's similarly themed Dark Eyes), set and filmed in and around England's second city, for pulling off the aforementioned tightrope act with considerable aplomb. A low budget chiller, The Casebook of Eddie Brewer is by turns a character study of the titular figure (a metaphorically haunted paranormal investigator), straight up supernatural shocker and a slyly comic look at the production of television documentaries.

The central protagonist, played with convincing, engaging authenticity by Ian Brooker, is being trailed by a  crew making a TV show, similar in fashion to Living TV's now defunct Most Haunted. Polite, downbeat and defensive, Eddie roams around his Birmingham environs investigating cases of suspected paranormal activity. An incident in the basement of a tumbledown council office leads Eddie and the TV crew into potentially exciting territory, Eddie through the possibility of proving (or disproving) the existence of otherworldly forces and the TV crew through their opportunity to capture it on camera for the viewing public.

Spencer's ostensibly simple premise becomes a highly engrossing tale of past tragedies, memory and belief shot through with moments of earthy comedy (mostly provided by sceptical locals), creepy images and  genuine pathos. One of the failings of many chillers is a lack of three dimensional characters, a problem that leads to a lack of engagement, a crucial, grounding aspect when the narrative contains elements of the supernatural. One of the strongest pluses The Casebook of Eddie Brewer has going for it is it's depth of characterisation. Eddie, his harassed interviewer, a snooty celebrity medium and various other supporting players are all fully formed, recognisable characters. Another major pro is the less than glamorous locations used; nondescript houses, run down council properties and grey, rain-soaked streets forming a glumly realistic backdrop to the narrative's fantastical streak.

Spencer's intelligent use of images and audio, coupled with a story that unhurriedly unfolds, draws the viewer into both Eddie's life and the case under investigation in a fashion that makes its ambiguous ending unsettling rather than frustrating. Throw in some strategically placed make-em-jump moments and you have a movie that puts to shame many of the bigger budgeted, starrier chillers that have come our way in recent years.

The tenth annual Brighton Cine-City Film Festival kicks off on Thursday 15th November with Martin McDonagh's Seven Psychopaths. Over 18 days and twelve venues a rich variety of features, documentaries, shorts, artist films, queer cinema and more will be on offer. You can read my preview of the festival for Eye For Film here. I'll be taking in close to twenty films during the festival, reviews of which will appear here on The Fourth Wall and over at Eye For Film with a post festival round up on the cards for The Guardian's film blog. 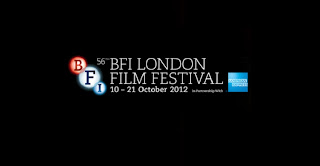 A low key drama speaks volumes about the difficulties of life lived under Mafiosi's control  in The Interval, which is the focus of Family Matters part 3. 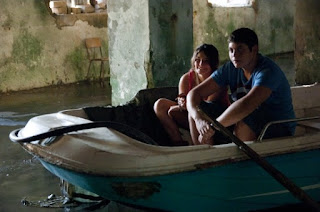 The straightforward plot sees unprepossessing Salvatore (Alessio Gallo), an overweight teen who ekes out a living selling ice creams with his father, co-erced by local gang members into keeping watch over the sparky Veronica (Francesca Riso). Brought to an abandoned asylum, Veronica has fallen foul of her local crime family for an undisclosed indiscretion, with Salvatore charged with keeping her there until her punishment is decided. Initially wary and hostile respectively, Salvatore and Veronica circle each other in mutual distrust, both wishing to be elsewhere, both knowing that the decision isn't their's to make. Freedom and fate being out of their hands is key to di Costanzo's narrative, the viewer may be taken into a micro-world but the dominant macro-world that surrounds Salvatore and Veronica is never far from either their or our minds.

It's to di Costanzo's credit that what is a bare bones narrative, shorn of the violence and testosterone heavy machismo usually associated with Mafia movies, is so engrossing. The thawing of tensions between Salvatore and Veronica is handled deftly. As they come to realise they are both at the mercy of outside forces a convincing, fledgling relationship builds between the pair. While exploring the abandoned asylum and its grounds, the discovery of a small boat, the photo of a suicide victim and a bitch and her puppies by the pair allows di Constanzo to impart the story with metaphorical weight. Dreams of escape, the spectre of death and family ties (biological and environmental) are all explored subtly via the part childlike, part streetwise conversations Salvatore and Veronica engage in.

Quiet yet intense, closeted yet far reaching, The Interval is an intelligent, unforced representation of lives manipulated by tradition, crime and psycho-geography. The abandoned, decrepit asylum which plays host to the teenagers' meeting providing a stark metaphor for the city it stands in.