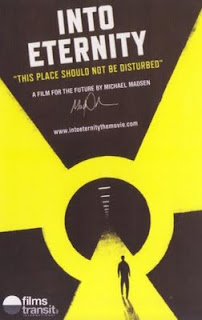 The lovely folks at Dogwoof - http://www.dogwoof.com/ have generously donated five of their thought provoking documentaries for me to giveaway. Each Monday for the next five weeks I'll run a competition to win one of the DVDs. I'll draw the winner on a Sunday and post the winner's name at the start of the next week's competition. The first film up for grabs is Danish film-maker Michael Madsen's extraordinary Into Eternity - a look into the complex and dangerous world of nuclear waste management - my favourite documentary of the year so far.
All you have to do to win the DVD is follow the blog and leave a comment below this post stating what your favourite documentary is. If you're already following just leave the comment. Cut off point for this week's draw is midnight on Saturday, so good luck to one and all.

There seems to be technical/gremlin issues with following and leaving comments on the blog. If you have trouble you can also enter by 'liking' The Fourth Wall on its Facebook page and leaving a comment under the post about the competition here - http://tinyurl.com/6fh9kcz

Well, we're half way through the year and I have to say it's been a so-so film going experience to date. Darren Aronovsky's hugely hyped Black Swan and the Coen Brothers True Grit both underwhelmed me. David Michod's Aussie crime drama Animal Kingdom was a tough and solid if well worn genre piece that featured a memorably dark performance from Ben Mendelsohn. Joanna Hogg's Archipelago impressed with its unhurried, squirm inducing familial tensions and Takashi Miike's 13 Assassins provided a real blast of pure cinematic entertainment. Documentaries are once again having a strong run, with Wim Wenders' Pina 3D, Josh Fox's Gasland, Charles Ferguson's Oscar winning Inside Job and Asif Kapadia's thrilling Senna all providing remarkable insights into their respective subjects. So, what is the rest of the year looking like in UK cinemas? I've browsed the upcoming releases for the next six months and picked out ten films that, in theory, should provide great entertainment, genre thrills, real life intrigue and an impressive alternative to the multiplex fodder that predictably continues to dominate the box office.

1. Terrence Malick's hotly anticipated new film The Tree of Life has finally secured a UK release date. Audiences can see Malick's Brad Pitt and Sean Penn starring film from the 8th of July. Any new Malick film is a must see in my, and many others, opinion and this one will provide a welcome alternative to the wave of summer blockbusters that are soon to dominate our screens.

2. The Interrupters. Due for release on the 12th of August this American documentary is getting some very positive press. The film follows one year in the life of three 'violence interrupters', former gang members who try to protect their local Chicago community and intervene in potentially violent conflicts. Directed by Steve James and released through Dogwoof in the UK, The Interrupters promises to be a tough, eye opening and timely look at street crime, community activism and contemporary urban life.

3. Director James Marsh follows up his superb Man on Wire with Project Nim. The wonderfully and aptly named Nim Chimpsky, not surprisingly a chimpanzee, was taken from its mother and raised as a human in a language acquisition experiment that set out to refute noted language structure theorist Noam Chomsky's assertion that language is inherently human. Getting a huge amount of good press, Project Nim looks like continuing a great year for documentaries. Set for release on the 12th of August.

4. John Michael McDonagh, whose playwrite brother Martin effortlessly eased into directing with the anarchic hitman comedy In Bruges, makes his own directorial debut with The Guard. Stars the always excellent Brendan Gleeson and Don Cheadle in this odd couple crime/comedy movie. Gleeson's small town Garda and Cheadle's slick FBI officer are thrown together to investigate an international drug smuggling operation. Judging by the trailer and the early word of mouth John's movie matches his brother's earlier effort in terms of offbeat dialogue, unsettling violence and edgy entertainment. In cinemas on the 19th of August

5. The Skin I Live In. Pedro Almodovar directing Antonio Banderas in a tale of a plastic surgeon hunting for the men who raped his daughter you say? Yes please! Alomodovar's first overt excursion into what could be deemed the 'horror' genre (albeit more psychological than supernatural) has echoes of Franju's Les Yeux Sans Visage and the more contemporary rape-revenge thrillers that have sporadically popped up in cinemas over the years. Released in the UK on the 26th of August this is the film I've been waiting for the acclaimed Spanish director to make for a long, long time. 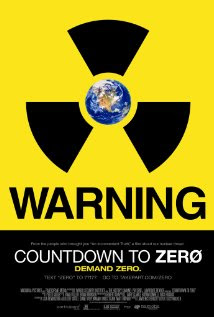 http://countdowntozerofilm.com/screenings -
Demand Zero Day comes to a town near you tonight. You can join the nation in taking a big step in the campaign toward the elimination of nuclear weapons. From Aberdeen to Penzance, the premiere of Countdown to Zero will be swinging by Glasgow, Grimsby, Manchester, Belfast, Newport, Oswestry, Brighton...the list goes on. After the film a live Q&A panel discussion from BAFTA will be screened live to each cinema and audiences can put forward questions to the assembled guests.
Be sure to find your nearest screening and go along for this latest must see documentary from director Lucy Walker (Wasteland) and production/distribution compant Dogwoof (Gasland).
If ever a documentary was must see, it's this one.
Posted by N R Mitchell at 06:59 No comments: 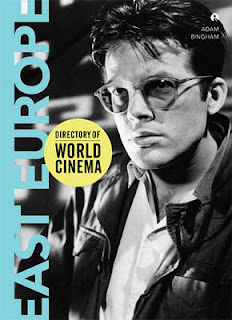 http://tinyurl.com/673hr9p - Intellect Books pre-order info page.
Scheduled for publication in August, this is the latest volume of Intellect Books' ongoing series that I've contributed to. I have three extended reviews in the book - Krzysztof Kieslowski's Amator (Camera Buff), Andrzej Wadja's Katyn and Emir Kusturica's Do You Remember Dolly Bell? Later in the year I have a couple of reviews appearing in the Spain volume - http://tinyurl.com/67fh3a4, and early next year the Britain volume that I'm co-editing will be published. The series as a whole has been well received by students, academics and film lovers everywhere and look like going from strength to strength with second volumes planned for all of the countries/regions covered so far.
Posted by N R Mitchell at 05:11 No comments: 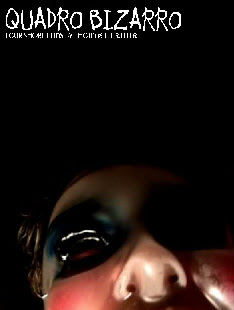 http://http://www.roguecinema.com/article2729.html
Click on the link above for my latest monthly review on RogueCinema.com. As a site mainly dealing with low budget, independent or genre films it's a place where I can keep up to date with up and coming film-makers and under the radar films. This month I've reviewed a self produced promotional DVD called Quadro Bizarro: Four Short Films by Thomas Lee Rutter. Happy reading.
Posted by N R Mitchell at 18:04 No comments: